The man of many accomplishments, Daniel (Dan) Arca Inosanto a Filipino / American born July 24th 1936 has accomplished some could only imagine. Some of his accomplishments include six books (Filipino Martial Arts as Taught by Dan Inosanto), (Jeet Kune Do: Conditioning and Grappling Methods), (Jeet Kune Do: The Art & Philosophy of Bruce Lee), as well as three other titles.

Books are just the beginning of the amazing things this man has accomplished, he was also involved in the film industry some of the titles include, Game of Death, Sharky’s Machine, Big Trouble Little China, Brazilian Brawl and Red Belt these films are just a few Dan Insosanto was a part of. One of the most notable movies is “Game of Death” not only did Daniel Inosanto play a role in this movie but the all famous Bruce Lee played a major role in this film, the reason this is one of the most notable is this was the last film Bruce Lee would ever play in due to his death.

Mr. Inosanto was a student of the late Bruce Lee, as a matter of fact Mr. Inosanto is one of the three people who are even allowed to teach Bruce Lee’s Martial Arts System. Mr Inosanto himself began to teach Martial Arts which include Filipino Martial Arts, Brazilian Jiu Jitsu, Mixed Martial Arts and other Arts he teaches from his Marina del rey school in California.

Mr. Inosanto has several students you may have heard of, Chuck Norris, Jeff Imada, Ernest Emerson, Paul de Thouars, Chris Kent, Brandon Lee, Tim Tackett, Rick Tucci and Walt Missingham these are only a few of the people Mr. Inosanto has taught the Arts to, looking into this man’s background has been an amazing journey.

Let’s recap everything we have learned about this man’s history. First he is one of the three people in the world who will ever be allowed to teach Bruce Lee’s Martial Arts system. Second he is an actor who has played in as many as 20+ movies and documentaries. Third he is a teacher of the Arts himself and which he runs his own School.

My readers please let me ask you this “Can you imagine accomplishing just one of the many things this man has done?” 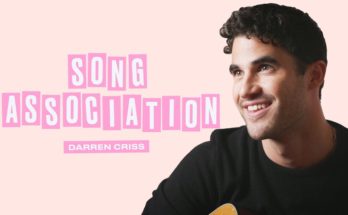